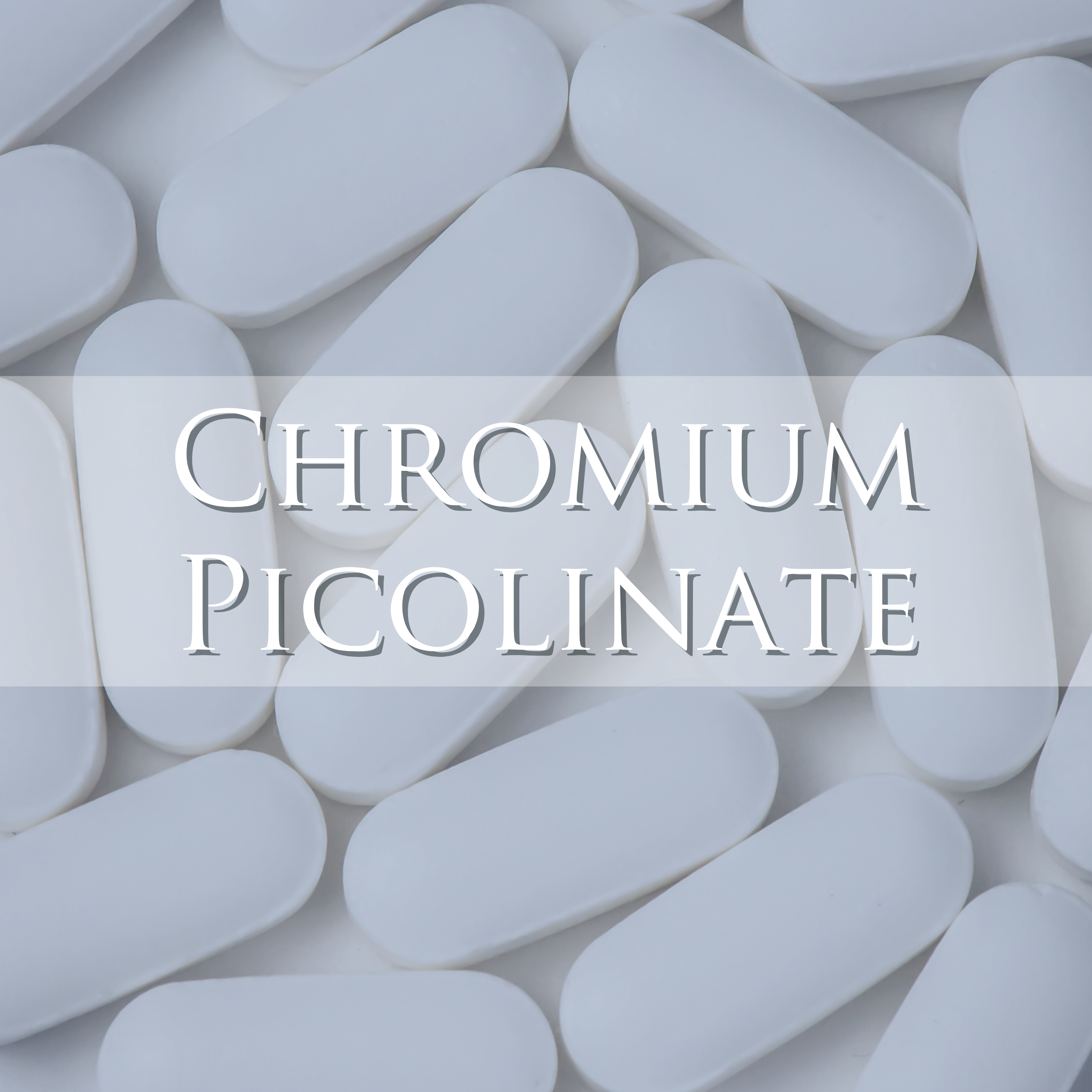 Chromium is a trace mineral existing in two forms: trivalent and hexavalent states. Trivalent chromium (Cr III) is the form found in foods and supplements. Although it can be found in different forms, chromium picolinate is the form that is best tolerated and absorbed in the body. Chromium is considered to be an essential nutrient based on its role in carbohydrate, lipid, and protein metabolism by potentiating insulin action. The mineral is present in many foods including meats, grain products, fruits, vegetables, nuts, spices, beer, and wine. The amount of chromium found in these foods varies based on local soil and water conditions as well as manufacturing processes used to produce the products. This is why chromium supplementation may be considered.

Generally, chromium taken orally is well tolerated. Oral chromium is effective for the treatment and prevention of chromium deficiency with symptoms such as hyperglycemia, glycosuria, sudden weight loss, peripheral neuropathy, and confusion. There are several health conditions in which chromium supplementation may be beneficial aside from just chromium deficiency. These conditions include, diabetes, metabolic syndrome, polycystic ovary syndrome, dyslipidemia, and weight management.

Chromium is useful for conditions relating to insulin resistance due to its role in Glucose Tolerance Factor. Glucose Tolerance Factor (GTF) is a complex of molecules including chromium bound to single molecules of glycine, cysteine, glutamic acid, and two molecules of nicotinic acid. Chromium is the active component of the complex. GTF binds to insulin and potentiates its action by increasing receptor numbers and affinity, and increasing insulin binding to cells. This action in the body may be beneficial for patients with diabetes or metabolic syndrome.

In a clinical trial assessing the effect of chromium picolinate in modulating food intake in overweight adults who reported craving carbohydrates, the results showed that as compared to placebo, the group taking chromium picolinate had reduced fat cravings, food intake, hunger, and weight. This may be due to chromium affecting hunger receptors in the brain but the mechanism is not completely understood. More research is needed on the effects of chromium on weight management and its mechanism of action however, it does look promising.

This content was originally provided by Alicia Biggin PharmD candidate 2021.

Previous Post Precision Opinions Live: How do I use a micro-clicker device? with Danny Niyazov
Next Post Adaptogen